Vaping in Tampa and abroad still a problem for Teens. 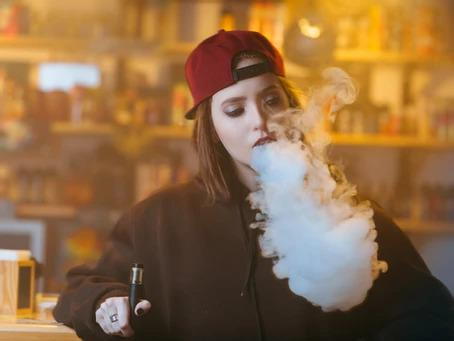 Doctors have warned about the dangers of cigarette smoking for years. But a new craze-- vaping-- is putting a damper on the progress to curb nicotine addiction in teenagers. Vaping is done with vapor pens that look like classic cigarettes or cigars-- or other devices that can look like anything from a flash drive to a writing utensil. The vapor is often sold in enticing flavors like cotton candy and mint; which makes it more appealing than cigarettes to young users. E-cigarettes are electronic devices that heat a liquid and produce an aerosol, or mix of small particles in the air.

The pods used in vapor pens are often more addictive than the compound found in cigarettes and tobacco products-- which makes the addiction more dangerous, and the effects more deadly.

DOES YOUR TEEN NEED HELP? CONTACT US TODAY TO SCHEDULE A CONSULT.

According to the Centers for Disease Control and Prevention, young people who use e-cigarettes may be more likely to smoke cigarettes in the future. Doctors also say nicotine addiction can harm brain development in young people. Adolescent brains aren't developed until the late 20's, and many people getting started with vaping are teens to early 20's. In addition to nicotine, e-cigarettes can be used to deliver marijuana and other drugs.

While many e-cigarette labels claim to be nicotine free or do not disclose the nicotine content in their products, a recent study found that 99% of e- cigarette products contain some level of nicotine. Using nicotine products in any form can harm critical brain development, and even cause brain damage long term. Lung and throat damage is also common. Nicotine has been linked to lung damage, and even lung cancer. Using nicotine at a young age can also lead young adults to become addicted to other drugs in the future, including harder, illegal substances.

In addition to the harms of nicotine in vapor pens, the devices can also cause dangerous problems. The devices are battery powered. Faulty batteries have caused explosions and injury as the user goes to operate the vapor pen-- leading to an explosion. If the pen explodes, the liquid can also get sprayed onto the face and in the eyes and potentially cause injury or burns. Children and adults have also reported poisoning incidents from vapor pens-- after the pen delivered too much nicotine and other chemicals at once. Nationally, approximately 50% of calls to poison control centers for e-cigarettes are for kids 5 years of age or younger.

Many e-cigarette companies claim the vapor pens are harmless, and even are just "water vapor" pens with no nicotine or other chemicals whatsoever. This has been found to be false. Almost all e-cigarette products contain some level of chemicals the main one being nicotine. But others include:

Since the current e-cigarettes contain enticing flavors, more and more young people in Tampa and across the glove are getting their start using vaping products rather than traditional cigarettes or tobacco products. Last year, 82.9 % of young people surveyed admitted to using flavored varieties of e-cigarettes. The most commonly used flavors are fruit, menthol, candy, and sweet dessert varieties.

IF YOU LIVE IN TAMPA AND NEED ASSISTANCE WITH UNDERSTANDING VAPING CONTACT US TODAY.

On January 2, 2020- the Food and Drug Administration finalized an enforcement policy that prohibits the sale of prefilled cartridge e-cigarettes in any flavor other than tobacco or menthol, unless authorized by FDA. FDA has since taken additional steps to prohibit certain companies from selling youth-appealing, flavored disposable e-cigarettes and flavored e-liquids without authorization.

Many states have also taken action to ban e-cigarette products, as well as enact age policies for purchasing these products.

There are preventative measures in place for vaping. In 2018, the FDA expanded its successful youth tobacco prevention campaign, known as "The Real Cost", to include e-cigarette products. The campaign educates youth ages 12 to 17 about the potential risks of using e-cigarettes. The program has placed targeted advertising both online and on television, as well as providing resources for high school classrooms to educators.

The Truth Initiative® launched the "Safer ≠ Safe" campaign in 2018, focusing on correcting youth misperceptions and providing accurate information about e-cigarettes and youth. The campaign is being promoted on digital and social media, including the Safer ≠ Safe website which features articles and interactive activities for youth.

E-cigarettes and vaping products are dangerous, especially for young people. These products contain multiple dangerous chemicals- and have been known to affect brain development in teens and younger individuals. Teens who vape have also been found to smoke regular cigarettes later on, and even turn to harder drugs. Vapor pens can also administer other drugs, such as marijuana. It’s important to talk to your children about the dangers of vaping, and work to curb the problem early as their brain develops.

Find us on the map